Paul and his wife Carolyn have operated Shoalhaven Auto Electrical Service since 1976, 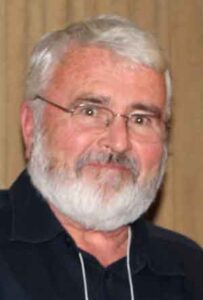 and at its present location in a prime CBD site in Nowra since 1993.

Paul is one of those technicians who throws himself into everything to do with his industry, and his community.

Paul, always accompanied by Carolyn, has attended almost every VASA and Wire & Gas Convention from the beginning.

He was more closely aligned with the Australian Association of Automotive Electricians in the early days, but Paul belonged to both the AAAE and VASA at the same time. He would have seen no overlap, just another network that could help his knowledge and his business.

He is also heavily involved with the Bosch network, serving on the New South Wales Bosch Dealer committee at least the past five years.

Paul began his career as an auto electrician in Sydney at several workshops, first at Hybeam Electrics at Alexandria, where he eventually became foreman, and later at Fairfield Auto Electrics.

He worked on his own, with Carolyn doing the books and looking after the office after her daily school teaching chores for about ten years. Today, it is a busy and diversified business, with another tradesman and two apprentices. As usually happens in provincial communities, Shoalhaven is expected to be able to fix everything. In fact, they had to fix so many mobility scooters that it lead to Paul becoming a mini dealership in these machines. He works on boats, tractors and everything in between, including installing the Interlock monitored alcohol detection system.

Paul and Carolyn have let it be known that they want to sell the business, with its valuable CBD real estate, so that they can enjoy retirement.

In recognition of your achievements, dedicated service and superior knowledge in the aftermarket vehicle repair industry.

You are an inspiration to fellow members and an honoured VASA ambassador.