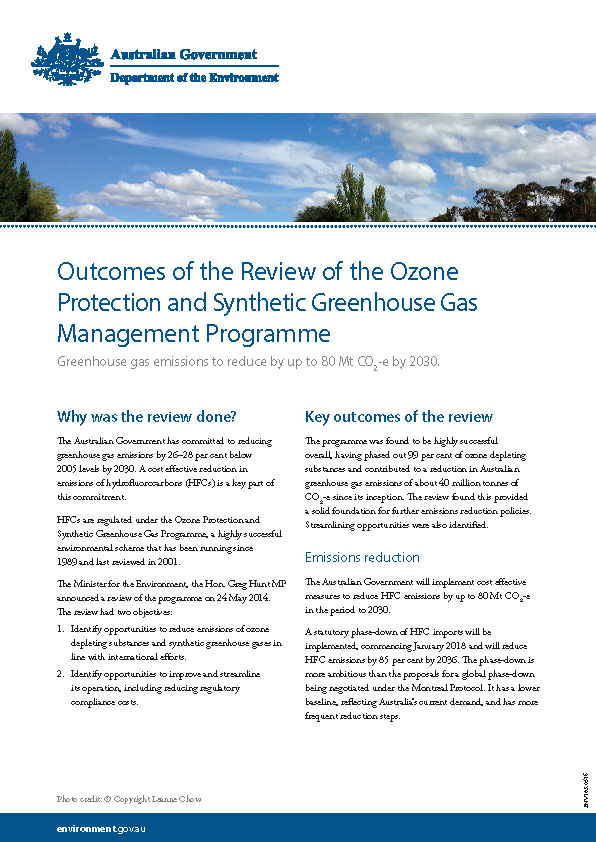 THE Australian federal government has just announced it will introduce a statutory phase-down to imports of HFCs (such as R134a) from January 2018.

The government has singled out automotive and domestic air conditioners that use HFC refrigerants as equipment that could be subject to import bans.

Now this legislation has been announced, the steady flow of vehicles already coming onto the Australasian market fitted with R1234yf air-conditionng systems will increase rapidly and keep accelerating once the phase-down kicks in at the start of 2018. The adoption in this market of models using R744 (carbon dioxide) systems will also be quicker.

The first cars using R1234yf arrived in Australasia back in 2014 and their numbers have been growing ever since. Nobody knows for sure which makes and models are using it, because it often varies across the variants in each manufacturer’s range. For example, petrol versions of a certain model might use R134a while diesels use R1234yf, or it might be the difference between those specified with manual AC or automatic climate control.

As every VASA member knows, the announcement makes it all the more important to be ready for that first R1234yf vehicle encountered by your business. You don’t want to turn that customer down for lack of equipment or knowledge. Being R1234yf-ready also gives you that point of difference among your competitors, opening up the door to servicing, repairing and recommissioning AC systems on late-model vehicles on behalf of smash repairers and dealerships.

The Australian phase-down is one of the world’s most ambitious, with a target of reducing HFC emissions by 85 per cent by 2036. Australia will join the United States, European Union and Japan in leading the world towards a significant reduction in high global warming potential products such as R134a.

VASA members are better placed than most to be prepared for and to take advantage of this important shift.

To be even better prepared, get to your nearest future:gas automotive refrigerant seminar this July and August. Tickets are just $10 and you must hurry to book as some venues are close to capacity.