THE Australian federal government introduced legislation to Parliament on March 30 that will bring about the nation’s HFC phase-down, in compliance with the Montreal Protocol, which was amended at a historic meeting in Kigali, Rwanda last year to include high global warming potential (GWP) HFCs such as R134a. 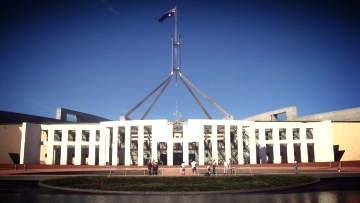 Under the Ozone Protection and Synthetic Greenhouse Gas Management Amendment Bill 2017, HFC imports will be phased down from January 1 next year, with a target of reducing imports by 85 per cent by 2036. HFC emissions from refrigerants, fire extinguishers and foam blowing currently account for around two per cent of Australia’s greenhouse gas pollution.

The new legislation will enable new regulations to be introduced, including bans on importing equipment that uses high-GWP refrigerants. Motor vehicles are on the government hit list in this regard, with R134a air-conditioning systems expected to be banned from new cars in the near future and causing an accelerated uptake of R1234yf and even R744 (carbon dioxide).

It is important to note that this HFC phase-down is unlike the R12 ban of the 1990s. There will be no retrofitting this time around, as R134a will remain available for servicing of existing systems long into the future. This means a multi-refrigerant market is inevitable, with the remaining few R12 cars occasionally cropping up and R134a vehicles being joined by those using R1234yf and R744.

Across the refrigeration and air-conditioning industry, the HFC phase-down has been welcomed as providing business with long-term certainty as well as guaranteeing improvements to the environment. Providing further certainty, the legislation is expected to pass through both houses without controversy.

In addition to the Australian effort, all signatories to the Montreal Protocol have pledged to reduce HFC emissions, the effect of which is estimated to reduce global carbon dioxide equivalent emissions by up to 72 billion tonnes by 2050. For perspective, this figure is equal to around 1.3 times the amount of the entire world’s annual carbon emissions.

“In shifting from ozone depleting substances in the 1990s, the refrigeration and air conditioning industry has already delivered more emission reductions than any other sector of the Australian economy,” he said.

From the first day of the Ozone Act review process that spawned this new legislation, VASA has been at the forefront of the industry consultation, representing the needs of and challenges facing the automotive sector while supporting this important transition toward a cleaner environment.

VASA will continue to guide governments as the phase-down comes into play to ensure past mistakes are learned from and to anticipate, then navigate, potential pitfalls that may lead to unintended negative outcomes for both industry and the environment.

We have been doing this since the 1990s, when R12 was being phased out and the automotive industry was transitioning to R134a. All VASA members past and present have played a key role in shaping the industry, the laws and regulations we work within every day.

There is always room for improvement and VASA strives for this constantly. These activities require time and resources, neither of which would not be available without the support of VASA members.