IF AUSTRALIA’S slow uptake of battery- and hydrogen-powered vehicles continues, ways of making the familiar internal combustion engine less reliant on imported fossil fuels and less polluting to the environment seems like a no-brainer. The good news is, plenty of progress on this is being made domestically.

Much controversy surrounds the clumsy and sometimes questionable ways in which various state governments have tried to increase the availability and uptake of petrol with bioethanol content or biodiesel blends, while the lower tank range and incompatibility with some engines and fuel systems has also copped criticism. There is also an ethical question over growing crops for fuel when millions around the world are starving.

It is a shame, because biofuel and waste-to-fuel technology and policy done right can be and has been effective in other parts of the world. And the technology part is where Australian researchers are kicking plenty of goals in terms of making the most of the nation’s geography, climate, resources and most importantly, waste.

Firstly, a problematic waste product in the environment is plastic, particularly the types that cannot be recycled by conventional means.

The good news is, most otherwise non-recyclable plastics can be processed into fuels that meet Australian and international standards for petrol and diesel quality that can be used in any existing engine. What’s more, this fuel is expected to cost less at the bowser than regular petrol and diesel.

The process to create fuel from a broad range of plastics while eliminating impurities from the end product was developed by Sydney-based recycling company Integrated Green Energy, which was merged with mineral sands exploration firm Foy Group last year. 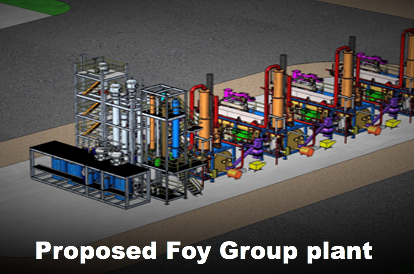 Foy Group claims its proposed plant near Canberra, which it hopes to have up and running by the end of this year, will turn 200 tonnes of waste plastic per day into 65,000 litres of road-ready petrol and diesel. The facility’s power will come from the LPG byproduct of its plastic-to-fuel conversion process.

It is well known the energy density of most biofuels means a tankful does not go nearly as far as the regular stuff. But coming to the rescue is fuel made from waste tyres that would otherwise go to landfill. The result is claimed to be twice as energy dense as most biofuels and while there is still a tank range shortfall over old-fashioned diesel, it is a neat way of dealing with the mountains of used tyres currently cluttering up our planet.

Melbourne-based Australian startup Green Distillation Technologies (GDT) has developed a world-first, emission-free method of extracting 3000 litres of oil from one of those huge, seven-tonne mining truck tyres. Its distillation plant is based in Warren, near Dubbo, in New South Wales.

In contrast to the acrid black smoke given off by burning tyres, either by hooning or setting them on fire, diesel made from tyre-derived oils is cleaner burning than the notorious NOx- and particulate- belching fuel currently available.

Based on statistics from the GDT plant that can process around 685,000 tyres per year, if all 50 million tyres discarded in Australia each year (according to Tyre Stewardship Australia) were distilled, they could yield more than 500,000 tonnes of oil, 500,000 tonnes of carbon and almost 150,000 tonnes of steel. So it could be possible to both make cars and fuel them using old tyres.

Moving to the world of biofuels, the question of using arable land to grow fuel crops when there are people going hungry has been answered by researchers at the University of Adelaide that could also herald the start of an of Australian-made tequila industry.

If the biofuel potential of agave turns commercial, this desert crop that is ideally suited to the low-rainfall conditions of Australia’s otherwise crop-unviable interior could produce up to 8000 litres per hectare per year of energy-rich ethanol.

Even greater yields of up to 15,000 litres per hectare per year could be achieved if parts of the plant usually used for production of agave nectar (the main ingredient of tequila) are also fermented into fuel. Agave is more water-efficient and has a higher yield per hectare than common biofuel feedstocks such as wheat and sugar cane.

Which leads us onto the fact that anyone who has driven from Cooktown to Coffs Harbour will have noticed the sheer amount of sugar cane crops, despite the best efforts of Jamie Oliver, Sarah Wilson, Damon Gameau and other well-known people campaigning to get people off the sweet stuff.

Avoiding the moral dilemma of paddock-to-petrol over paddock-to-plate it bagasse, a byproduct of the sugar production process that can be incinerated to generate electricity but also provides an excellent base for a biofuel brew. Putting fuel production facilities into sugar-growing areas would also boost the regional and rural economy. 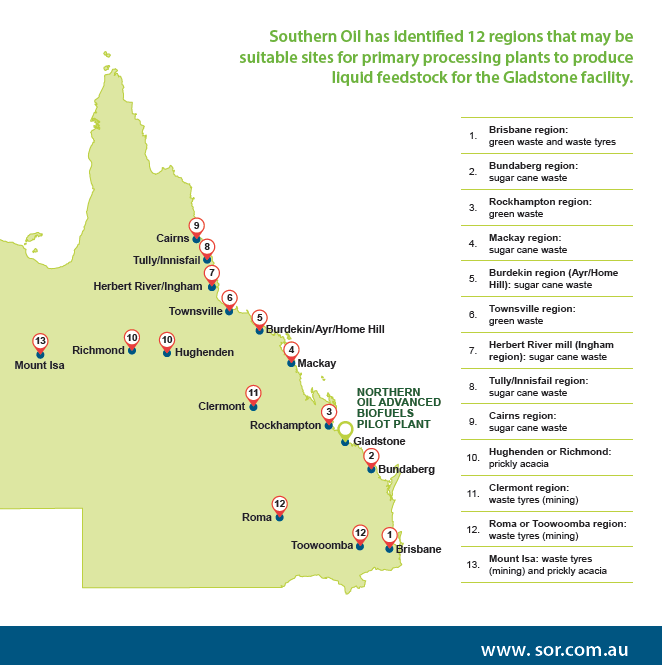 More good news for those in the middle of nowhere is that the invasive prickly acacia plant known for causing endless drama on cattle stations can also be turned into biofuel once farmers have cleared it from their land, a process usually done between May and September.

To cap it all, that Southern Oil, with investment from the Australian Renewable Energy Agency, will open an advanced biofuels laboratory and pilot production plant at Gladstone in Queensland this year that will turn bagasse and prickly acacia into a million litres of kerosene and diesel within its first three years.

So in future, when you discard some old tyres and plastic after a hard day of clearing prickly acacia, then head home for a sugary snack followed by a glass of tequila, you will have contributed to somebody’s tank of fuel.