VASA is proud to announce that legendary Australian businessman Bob Ansett is confirmed as keynote speaker at the 2016 AGM and training event, which will take place on Saturday June 4 in Queensland.

High-quality training will be delivered by Peter Trees, a car manufacturer-approved trainer who wowed delegates at Wire & Gas 2015 and impressed attendees at a packed SightGlass Training event in Darwin last October.

Details of this unmissable event and other SightGlass Training opportunities for 2016 are still being finalised, so please stay tuned to SightGlass eNews and SightGlass News for updates on the program and how to book your place. Early expressions of interest can be emailed to editorial@vasa.org.au. 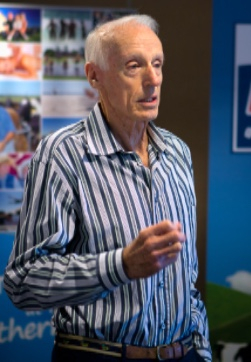 Bob Ansett was born in Australia but spent his formative years in the United States. His story has been well documented in his three best-selling books, “Bob Ansett, An Autobiography”, “The Customer” and “The Meaning Of Success”.

He founded the Budget Rent A Car System in 1965 and in doing so developed a unique organisation that grew from a small two-person business to a dynamic enterprise employing over 3000 people trading in 20 countries with annual turnover exceeding $400 million.

Budget was a trendsetter in employee relations and was one of the first companies to introduce health and fitness programmes for its employees. Budget’s innovative marketing and customer service excellence was recognised not only in Australia but also internationally.

Business magazine BRW dubbed him “the entrepreneur’s entrepreneur” for he not only built a remarkable business but added a further dimension to the way in which business was conducted in Australia at that time.

Leaving Budget in 1990, he established ‘Bob Ansett Marketing’ to manage his speaking engagements and provide consulting services in the field of Customer Service. This company now operates from Noosa Heads on the Sunshine Coast where Bob now resides.

He is presently a director of BSR (Betta Home Living) and recently ‘spearheaded’ Noosa’s successful campaign to restore its Council. He has been President of the Melbourne Chamber of Commerce, founder and inaugural President of the Australian Customer Service Association, Chairman of the Federal Government’s Trade Negotiations Advisory Group and was President of the North Melbourne Football Club for 13 years.