FEDERAL Opposition Leader Bill Shorten has confirmed Labor will not bring back the Carbon Tax if reelected.

Earlier this month Mr Shorten told reporters in Sydney that his party “will not have a carbon tax”.

“The Australian people have spoken and Labor is not going to go back to that,” he said.

However a Deakin University report says companies remain “in limbo” over Federal Government climate policy following the Carbon Tax repeal and the vast majority believe carbon pricing will return to Australia in future.

In a survey covering 87 of Australia’s biggest polluters across industries such as construction, energy, manufacturing and mining, most said they did not expect a reduction in their energy bills following the Carbon Tax repeal and 80 per cent expected the impost to be “replaced in some form in the future”.

Furthermore, the majority of respondents did not believe the Abbott Government’s proposed Emissions Reduction Fund would benefit their business.

Comments made by Mr Shorten in the media have made it clear that Labor supports the idea of a carbon price to help manage Australia’s emissions.

“Labor doesn’t support a carbon tax, but in terms of real and effective action on climate change, I do support a market-based system to set a price and that’s where the rest of the world’s going,” he told Fairfax in a report published on October 10.

In the meantime, Professor Nava Subramaniam, who is director of Deakin University’s Centre for Sustainable and Responsible Organisations, believes “most companies do not see the [Carbon Tax] repeal as the last word on Australia’s carbon policy, but a prelude to an unknown future where some form of carbon impost is re-introduced”.

She said businesses are “in limbo” and “waiting for confirmation of what exactly the Government plans to do with its talked-about but ill-explained Emissions Reduction Fund, set to replace the Carbon Tax”. 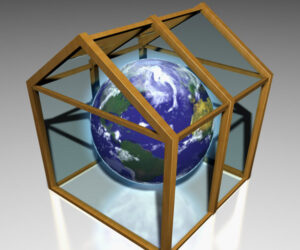 The survey asked what companies were doing to reduce risks associated with managing pollution, including minimising emissions and associated costs such as the recently repealed Carbon Tax.

Around half of respondents felt they had little or no choice but to keep investing in management systems that would lead to better risk controls and measures to reduce pollution levels.

“To stop the good work that many of them have started on setting carbon management systems would be unwise,” said Prof Subramaniam.

“Such investments need to be viewed from a mid to long-term stance. A bundle of complementary policies are needed including energy efficiency initiatives, low carbon electricity generation and regulatory sanctions.

“On the positive side, many companies feel it prudent to continue with some of their carbon management practices, and not drop the ball on being better environmental neighbours in the community.”

The professor included social responsibility and brand image in factors motivating companies to keep working on emissions reductions. “Clearly, it is not simply a matter of a Carbon Tax or no Carbon Tax,” she said.

“But while this may ultimately be a good thing, the Government must heed the warnings from this report.”

In the meantime, businesses are “waiting to see when the next policy U-turn might occur and therefore how they can prepare for when a new form of the carbon impost emerges,” said Prof Subramaniam.

“The world’s powerhouse economies of China, Korea and the US are certainly not waiting; they are all preparing to lower their countries’ own carbon emissions and if Australia wants to compete on a global scale they’d better be doing the same – Carbon Tax or no Carbon Tax.”

The Centre for Sustainable and Responsible Organisations has handed its findings to the Federal Government, along with the following recommendations: