AUSTRALIAN drivers cover roughly 2000 fewer kilometres per year than they did 10 years ago, but parents are the biggest mile-munchers, driving up to 4233km more than the current Aussie average of 15,813km.

According to Roy Morgan Research, parents of infants and toddlers are nigh on average in terms of kilometres covered, while the older the children get, the more driving the parents do.

For example parents of teenagers aged 16-17 clock up more than 20,000 kilometres per year, with the extra 4233 clicks most likely used on driving lessons.

Children between 12 and 15 years of age add 1590km to the parental odometer each year, despite the fact they are probably capable of cycling, walking or catching public transport. Blame their hectic social lives. 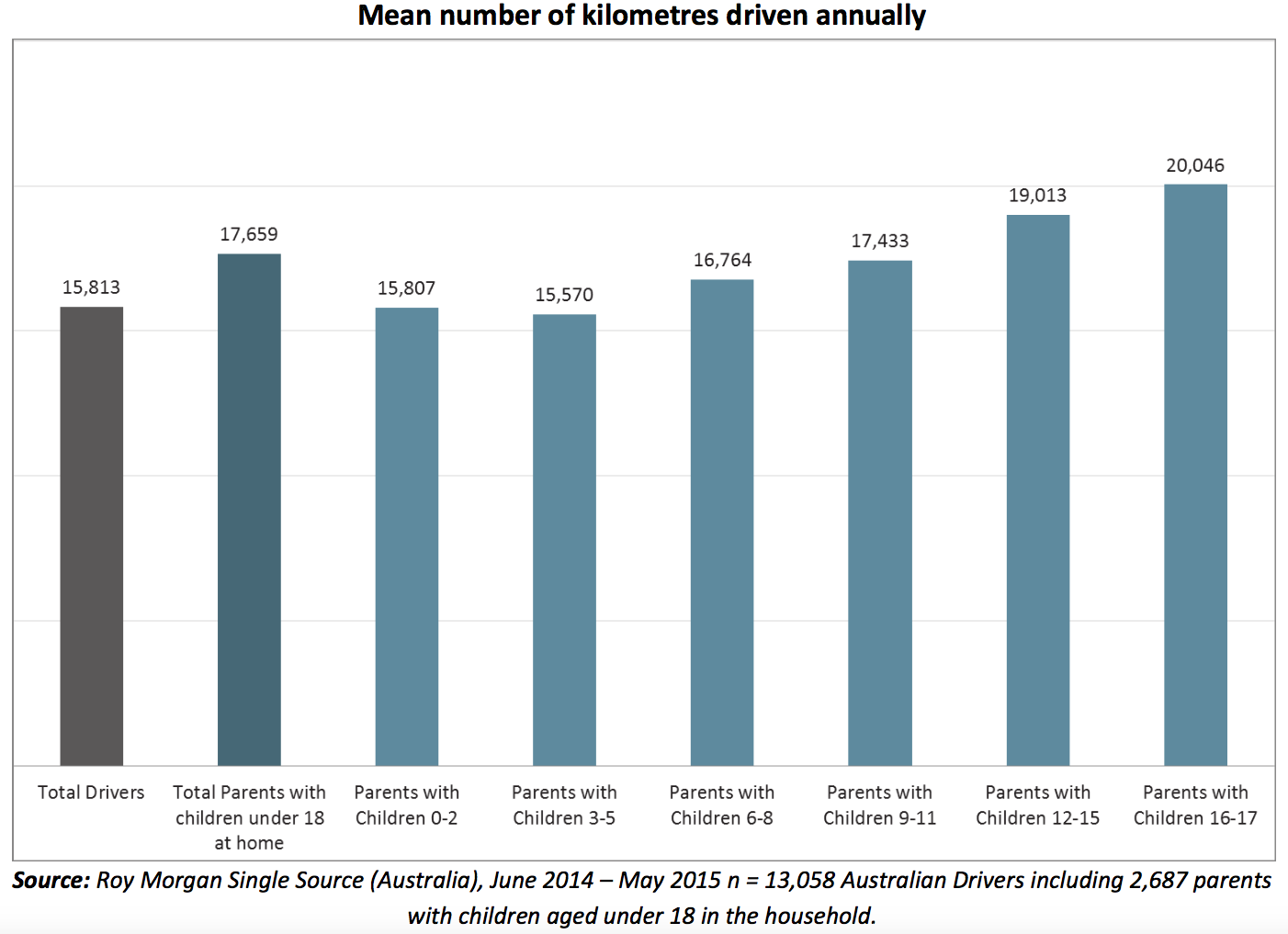 The school run must largely account for the additional 1620km covered by parents of 9-11 year olds and the 951km extra driven by those with children aged 6-8.

Collectively, the 4.9 million parent of children under 18 in Australia cover 87 billion kilometres per year – enough to drive from Earth to Pluto.

Roy Morgan Research industry director Jordan Pakes explained that the survey of 2687 parents showed that 90 per cent of those with children between newborn and eight years of age said their car needed to be suitable for carrying children, while 75 per cent specified space, seating flexibility and most importantly safety as factors when choosing a family vehicle.

“Car manufacturers and dealers, repairers, tyre and auto parts brands, petrol retailers and insurance companies would do well to investigate and track Australian parents’ driving habits and what they look for when buying a new car, from having a ‘baby on board’ to installing the first L-plate,” he said.

“Parents know full well that having kids means more and more time behind the wheel as they grow up—but just how many extra kilometres they drive may come as a surprise.”