Given Tata-owned Jaguar Land Rover last year accounted for 600,806 of the 757,994 vehicles sold worldwide by the Indian conglomerate, this development runs deeper than simply being Tata’s way of reducing refrigerant costs for its budget-oriented developing market vehicles.

More credence to the revisiting of R152a is lent by the fact this project is being coordinated by the Institute for Governance and Sustainable Development and has received funding from the Climate and Clean Air Coalition to Reduce Short-Lived Climate Pollutants.

The Tata-Mahle system, which will also be tested using R1234yf, operates without any refrigerant entering the passenger compartment. 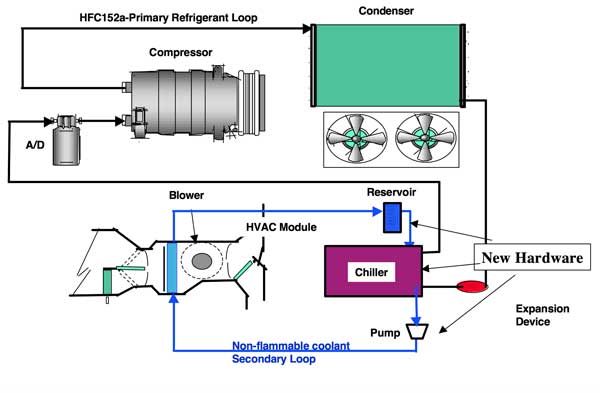 An obvious advantage is enhancing safety when using flammable refrigerants, but the secondary coolant circuit flowing through the cabin also helps increase energy efficiency by reducing thermal losses and its ability to continue cooling for short periods without the compressor operating.

On vehicles fitted with idle-stop systems, this means cabin temperatures can be maintained for longer without the engine kicking back in to drive the compressor and quicker cool-down can be achieved once the vehicle is in motion.

Despite the additional weight of the secondary-loop system, its enhanced efficiency is expected to deliver fuel consumption reductions of up to three per cent compared with an equivalent conventional setup running R134a.

In addition to practical benefits, the project will calculate the lifecycle carbon footprint of R152a compared with R1234yf including the production process, energy efficiency in the system and global warming potential (R152 has a GWP of 138 while R1234yf has a GWP of less than 1).

VASA’s North American counterpart MACS was among the organisations to review the secondary-loop system at Mahle’s Lockport facility in New York earlier this year. Also present were representatives from the California Air Resources Board and the National Renewable Energy Lab. 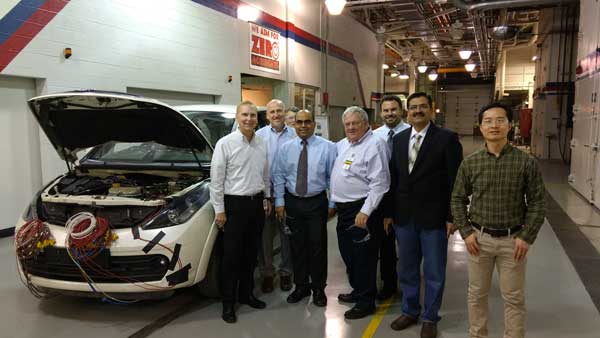 It was fitted to a prototype Tata vehicle based on a new-generation SUV platform with front and rear air-conditioning.

The next stage of the project is testing on Indian roads, where hot and humid conditions plus heavy traffic congestion are hoped to prove the benefits of secondary-loop air-conditioning.