The United States Environmental Protection Agency (EPA) recently identified online sales of a potentially unsafe refrigerant promoted for use in automotive air-conditioners.  VASA’s North American counterpart MACS Worldwide is spreading the word with a safety alert on its website. While the product (branded “Cool Penguin F-12”) appears to be marketed as CFC-12, some of the cans contain a mixture of … END_OF_DOCUMENT_TOKEN_TO_BE_REPLACED

The United States Environmental Protection Agency (EPA) is being sued for rolling back hydrofluorocarbon (HFC) leak prevention and repair requirements from 2016.  The lawsuit, filed by the international non-profit Natural Resources Defense Council (NRDC), is hoped to prevent the move as part of ongoing efforts to ease the climate crisis. HFCs are extremely powerful greenhouse … END_OF_DOCUMENT_TOKEN_TO_BE_REPLACED

California has voted to pass a new act that will reduce the use of “super-polluting” HFCs in an effort to cut global warming. The announcement of the new California Cooling Act comes as a great relief to many. Recently, the Trump administration has begun unwinding Environmental Protection Agency (EPA) legislation that aimed to cut the … END_OF_DOCUMENT_TOKEN_TO_BE_REPLACED

A staggering 32 executives from HVAC and refrigeration companies have written to US President Donald Trump and urged him to ratify the Kigali Amendment to the Montreal Protocol. The letter, which was copied to Secretary of State Mike Pompeo, represented the views of companies such as Honeywell, Chemours, Dow Chemical, Ingersoll Rand, Arkema and Fujitsu … END_OF_DOCUMENT_TOKEN_TO_BE_REPLACED 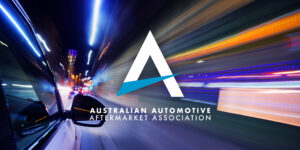