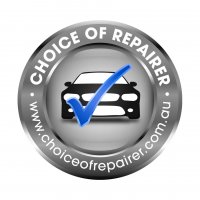 THE Australian Automotive Aftermarket Association (AAAA) has accused the Federal Chamber of Automotive Industries (FCAI) of “scuttling” negotiations to establish a voluntary code of practice for the sharing of vehicle service and repair data between car companies and independent repairers.

As a result, the AAAA has called for the Federal Government to introduce mandatory code of conduct.

According to the AAAA, the FCAI abandoned the 18-month negotiation process and released its own unilateral CoP bearing strong similarities to the draft document rejected as biased by the negotiating parties earlier this year, as exclusively revealed by VASA eNews at the time.

“This is virtually the same ‘code’ that was categorically rejected by all other stakeholders when it was tabled by the FCAI at a negotiating meeting in February this year” said AAAA executive director Stuart Charity.

Mr Charity said the FCAI had treated Australian car owners, the Commonwealth Consumer Affairs Advisory Council (CCAAC) and the other stakeholders in the negotiations – AAA and the Australian Motor Industry Federation (AMIF) – with contempt.

Contempt – along with arrogance – is a word also selected by AAA chief executive Andrew McKellar to describe the actions of the bodies representing car-makers and their dealers.

Mr McKellar said the FCAI’s decision to release its unilateral CoP while negotiations were ongoing “represents a serious breach of faith”.

“After many months of negotiations and with no prior notice, the FCAI released its own document … Indeed, the FCAI was strongly counselled not to release its unilateral document while negotiations for the voluntary industry code were progressing,” said Mr Charity.

“The FCAI has treated this advice with disdain. They continue to ignore the demonstrable need for a code of conduct to protect car owners’ fundamental right to choose their preferred repairer.”

Mr Charity told VASA eNews he is fairly confident that based on his previous statements on this issue, Federal Minister for Small Business Bruce Billson will not accept the FCAI’s unilateral code.

It CCAAC recommended that if an effective, industry led outcome was not reached in a reasonable period of time, there could be a case for government intervention.

Early this year Minister Billson confirmed there was bi-partisan political support for the recommendations made in the CCAAC inquiry.

“The sharing of vital vehicle repair and service data is critical to vehicle safety, minimising emissions and providing choice, convenience and competitive pricing for Australia’s 14 million car owners. The FCAI document lacks substance, has a biased dispute resolution process and the extensive list of exemptions mean it will have no impact on the availability of repair information.

“It is naive to suggest that the same companies that have monopolistic control over vehicle data – and a vested interest in maintaining the status quo – can be trusted to ‘self-regulate’.”

Mr Charity reiterated the point that Australia’s independent service and repair sector is not asking for free access to information.

“We are seeking access to the information, tools and training required to diagnose faults, repair and maintain todays technically complex vehicles under ‘fair and reasonable’ commercial terms,” he said.

“This would bring Australia in line with data sharing arrangements already in place throughout the European Union and the USA. In contrast to our situation, in January this year all car companies operating in the USA market voluntarily entered into a national agreement to immediately make available to the independent vehicle repair industry the same tools, software and repair information that they make available to their franchised dealers.

“As these are the same multinational car companies operating in the Australian market, we must ask the FCAI: ‘Why do you believe Australian consumers do not deserve the same rights as car owners in Europe and North America?’

“Based on the conduct of the FCAI, we believe it is pointless wasting any more time or effort on farcical negotiations. Their latest actions make it clear that the FCAI has no intention of genuinely working towards an industry led voluntary solution.

“The AAAA began our Choice of Repairer campaign in 2009. The car industry has had years to voluntarily fix this critical consumer issue. We believe it is now time for Minister Billson to step in and end this FCAI charade.”

Mr Charity said the AAAA has scheduled a meeting with Minister Billson on 28 October, in which it will “call on him to immediately set the wheels in motion to implement a Mandatory Code of Conduct to ensure competition and choice for Australian car owners now and into the future”.

Mr McKellar said car-makers “have sought to protect their own interests and the interests of their franchised dealers by limiting access to a range of service and repair information”.

“The Code itself is completely inadequate but more importantly, the car brands should return to the consultation table and re-commit to an agreement between all parties in the service and repair sector,” he said.

“Consumers deserve the right to have genuine choice about where to have their vehicle serviced or repaired and we have urged the Minister for Small Business to intervene to protect the rights of the motoring public.”