DELEGATES at Wire & Gas 2015 were among the first to learn of VASA’s history project, which will culminate in a book and documentary about the origins and development of automotive air conditioning in Australia and New Zealand.

Introducing a short video clip at the Gala Dinner containing excerpts from interviews with people who were there at the very dawn of our industry, VASA director Mark Mitchell said the current generation will also go down in history as “kings and pioneers” of high technology and environmental preservation. 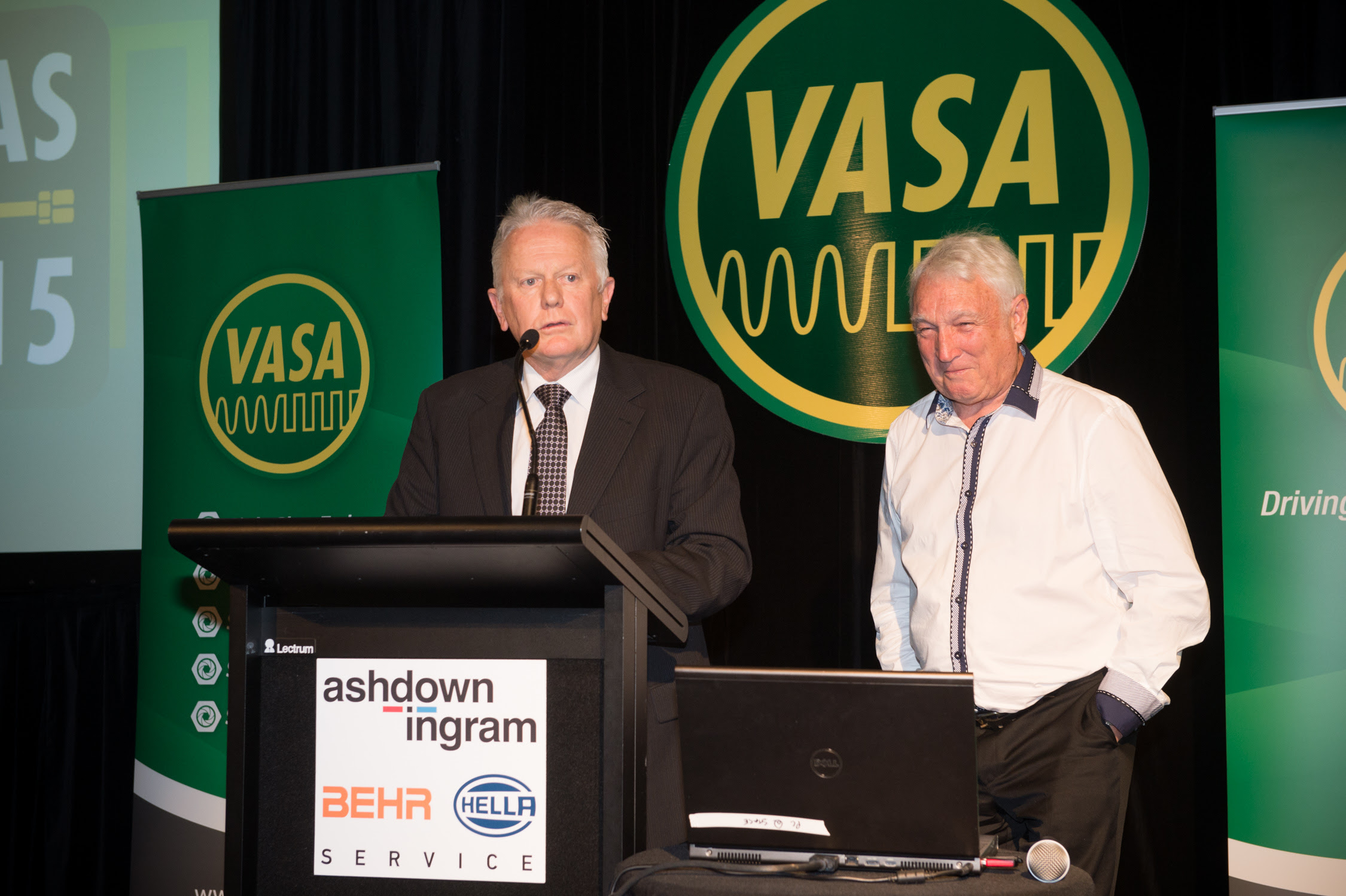 He was joined on stage by VASA legend and former CEO Ken Newton, whose research and interviewing skills are the engine-room of the project.

Before the video clip rolled, Mr Mitchell took the Wire & Gas audience through each decade of the industry’s development, from the 1940s “futurologists, part scientists and part engineers,” to the 1990s that he called “the beginning of climate change motoring … and saved the ozone layer”.

“If you were any of these people, then VASA is coming after you,” concluded Mr Mitchell.

“Ladies and gentlemen, VASA is writing a book and doing a movie, and we are looking for your support. It will cost some money and we are hoping to appeal to industry for some sponsorship to cover some costs.”