Wayne qualified, with flying colours, as a mechanic in the late 70s with BP Commercial Road in Brisbane. As they were a Mark IV a/c dealer, Wayne was exposed to car air conditioning from day one. 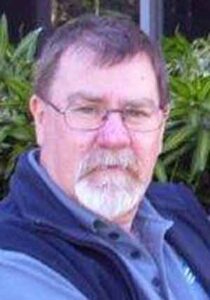 In 1981 he started with Metro Ford in Brisbane as a mechanic and quickly moved into fitting and servicing a/c systems to a variety of vehicles. Air conditioning systems were just starting to become common and Wayne found this specialist area to his liking.

In 1990 he started with Geoff Merritt at the original Car Air Systems (Palm Air Car Air conditioning) in Bowen Hills. Geoff, who received his pioneer award in 2000, quickly found he had gained an intelligent, productive and versatile employee. During the 90s Wayne was heavily involved with the production of a/c kits and liaised regularly with CoolTemp, a company honoured with our pioneer award in 2002.

With Wayne’s help and experience Car Air Systems was instrumental in providing a range of products to the aftermarket a/c industry, the likes of which the industry had never had access to before.

In 2000, Car Air Systems was acquired by Automotive Imports Pty Ltd and later changed its trading name to CoolDrive. To this day Wayne is a highly valued and greatly experienced member of the CoolDrive Queensland team.

Wayne is among a small number of individuals still left in the a/c industry who have had the practical experience and exposure to all aspects of automotive air conditioning, something which is now becoming rare in today’s industry.

From a customer’s perspective, those who have had dealings with him for more than 20 years speak in glowing terms of his customer service skills. Wayne always goes above and beyond. If he does not have the answer to your enquiry, he will find out.

He returns phone calls, he responds to emails, and he is always on top of the critically important product knowledge. When you combine his knowledge and his eagerness to help, you can only come up with the conclusion that Wayne is the ‘go to’ man when you need something done.

Our industry is significantly better off thanks to the contribution Wayne Hunter has made over so many years.

In recognition of your achievements, dedicated service and superior knowledge in the aftermarket vehicle repair industry.

You are an inspiration to fellow members and an honoured VASA ambassador.