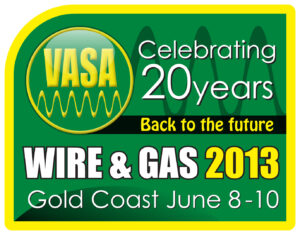 Here you will find reports, photos, presentations and videos from our special 20th Anniversary Wire & Gas held at the Surfers Paradise Marriott Resort & Spa from June 8 to 10.

More than 100 delegates attended the event, made possible through the generous support of our sponsors – SuperCool Asia Pacific, Refrigerant Reclaim Australia, DuPont and CoolDrive Distribution.

Wire & Gas 2013 on the Gold Coast was a huge success, reinforcing the VASA board’s view that on-going training must remain the organisation’s prime focus.

Despite a shaky start, with a planned Wire & Gas convention in Singapore cancelled due to costs, the members across Australia and New Zealand rallied to the new call for action to celebrate VASA’s 20th anniversary at its birthplace, the Surfers Paradise Marriott Hotel on the Gold Coast.

The last big convention with full trade show was held in 2010 at the Gold Coast. Smaller events, with a limited number of trade tables, were introduced in Melbourne in 2011 and repeated in Geelong in 2012.

And from all accounts, everyone was happy with the variety of the recent long weekend on the Gold Coast.

The splitting of the event into two training locations, the Marriott Hotel and the new SuperCool HVAC and Refrigeration Test Centre at Ormeau was a master stroke, and the delegates appreciated it.

At the hotel, the training sessions were conducted by electronic guru Jack Stepanian and business trainer Geoff Mutton. At the SuperCool centre, veteran air conditioning trainer Grant Hand, assisted by SuperCool founder Mark Mitchell and his team delivered the WOW factor with Australia’s first working demonstration of a system running on HFO-1234Yf, and active demonstrations of test equipment for compressors and transport refrigeration units. At the bonus session with top Carrier Transicold trainer, Mick Morley, the new generation of Carrier transport refrigeration units were unveiled for the first time in Australia.

At the anniversary dinner on the last night of Wire & Gas, VASA President Ian Stangroome delivered a nostalgic reminder of the continuing need for an organisation like VASA to represent this sector of the aftermarket industry. He asked the 160 people at the dinner to pledge to re-affirm VASA’s commitment to work practice improvement, representation at the highest level of government, and ethical dealings with the public and each other.

The survey of delegates contained suggestions of training which should be considered at future events, and the majority voted this year’s Wire & Gas as a very worthwhile event.

Most found the tradeshow, which attracted ten exhibitors, very interesting, and the delegates were happy that the trainers delivered what was expected.

They would also like to see this training event continued at least once a year, and maybe more often. All delegates indicated their desire to attend more training events like Wire & Gas.

The Industry Experts Forum, held at the SuperCool test centre after Saturday’s training, was a return to the early forum years, with top industry keynote speakers and a free-ranging discussion about issues facing the modern repair workshop.

The latest survey of refrigerants in the Australian fleet was covered by Michael Bennett, General Manager of Refrigerant Reclaim Australia. In general, the survey findings gave a clear picture of the domination of R134a in all Australian states, but the growing infiltration of hydrocarbons and a variety of mixes, in South Australia and Victoria, the two states which had inadequate laws and poor enforcement procedures in the application of refrigerants.

John McCormack, Business Manager DuPont Chemicals & Fluoroproducts provided a potted history of the demise of R134a and the emergence of HFO-1234yf, and issued timely assurances about the new refrigerant’s safety and suitability as a drop-in replacement for R134a.

The moves being made by educators to make automotive training more relevant to modern workshop demands were covered by Neil Hunichen, Training Package Specialist at Auto Skills Australia.

To view a photo click on it, then use your mouse to hover over the arrow key and move to the next photo. You can download the photo by right clicking on it and using ‘save as’.

Thanks to the efforts of our 10 exhibitors, the Wire & Gas Trade Show proved a major success again this year.

In addition to promoting their goods and services on site at SuperCool, each exhibitor gave away a prize – awarded to recipients at the 20th Anniversary Gala Dinner on Sunday night at the Surfers Paradise Marriott Resort & Spa.

VASA again acknowledged excellence in our ranks at our annual Awards presentation, held during the 20th Anniversary Gala Dinner.

Awards were presented to:

Kim Mainwaring (Most Valuable Network Member Award 2013)
In recognition of his dedication, commitment and support of VASA and the continuous improvement of himself and his staff in accessing VASA training and networking opportunities.

Gary Wilkie (Appreciation Award 2013)
In recognition of his achievements, dedicated service and superior knowledge in the aftermarket vehicle repair industry.

Ken Newton (VASA Legend)
In recognition of his tireless efforts managing PR and communications for VASA over the past 20 years. Previous recipients of this Award include former VASA Vice President Mark Padwick and VASA founder Mark Mitchell.

BASED ON OUR AGREEMENT WITH THE TRAINERS, THESE ITEMS WERE AVAILABLE ONLY UNTIL THE END OF JULY 2013 AND HAVE BEEN REMOVED. 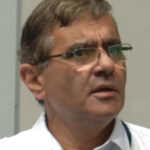 Presentation
The secrets of effective sales and cash flow management

This video looks back at VASA over the past 20 years. It was played throughout the evening at the 20th Anniversary Gala Dinner. Please note, there is no sound.

This content is available only to VASA members. If you are an existing member, please log in below (your username is your VASA member number).