AUDI has come a long way in recent years, meaning dull-driving, rough-riding models are more the exception than the rule these days. 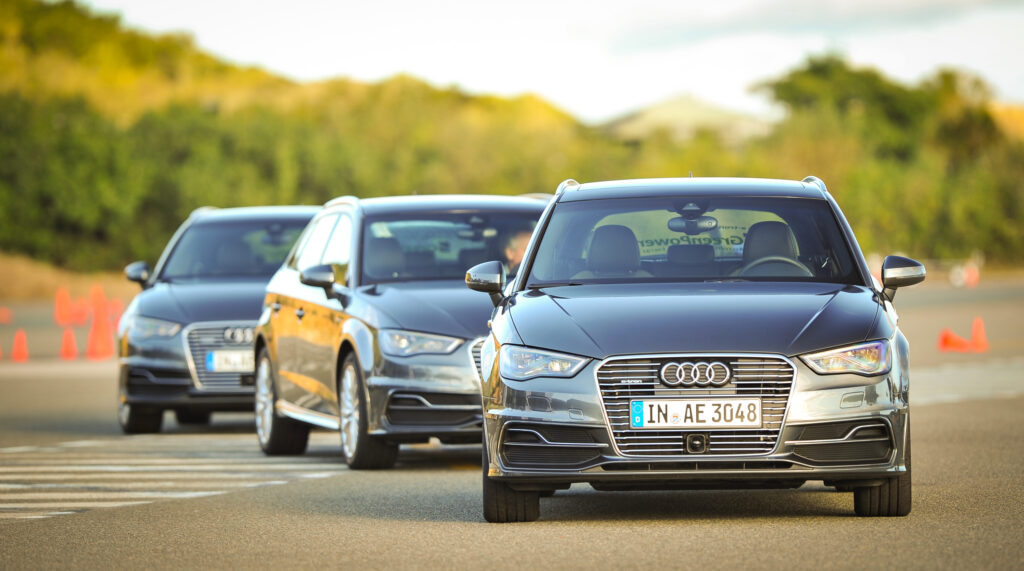 For me, the most intriguing Audi is not one of the loony labrador-lugging RS wagons or even the raunchy R8 rocketship, it’s one of the German brand’s smallest models and it runs on electricity.

The A3 Sportback e-tron can take power from batteries, petrol or a combination of both, meaning you now expect me to bang on about fuel economy.

But you’d be wrong. The beauty of electric motors is their instant response and ability to deliver heaps of torque from zero revs – and in this Audi, that means it feels more eager off the line than a six-cylinder Falcon.

I haven’t tried it but I don’t see any reason why you couldn’t overtake a B-double in the e-tron with the same confidence as you would in an Aussie big six.

Driving on electricity is smooth and peaceful too, not to mention the fact Audi reckons you can drive the A3 e-tron for about 50km on batteries alone. That’s enough for most people to get to work and back.

Plant the throttle while the e-tron is in serene electric mode and the 1.4 turbo engine kicks in to burn petrol in the aid of extra acceleration.

The combination of electricity and petrol produces 150kW power output and 350Nm of torque, which are almost Golf GTI numbers and provide punchy, if not hot hatch performance, due to the extra weight of motors and batteries.

Because Audi has put the batteries under the seat and moved the petrol tank to beneath the boot floor – meaning there’s a bit less cargo capacity and a puncture kit instead of a spare tyre – the A3 e-tron’s weight distribution is less biased to the front than a standard model.

I found that makes it handle pretty well, with a balanced and neutral feel during quick direction changes plus an impressive lack of understeer – and Audis are famous for understeer.

The last 100 years have meant we’ve all figured out how to fill cars with petrol but putting electricity into a car is a bit different and takes a fair bit longer.

If you buy one of these e-trons, Audi will send a tradie to your house and install a 16-amp charging setup for free – unless your wiring’s a total basket case and needs overhauling – and this gadget will charge an empty A3 battery in about two and a half hours.

You can plug it into a normal socket as well but that will result in a five-hour wait. But electricity or no electricity, you can use the petrol engine to drive the e-tron and you can set engine to charge the battery while you drive.

By the way, the batteries are cooled with refrigerant from the air conditioning system – something VASA technicians will increasingly have to get their heads around. 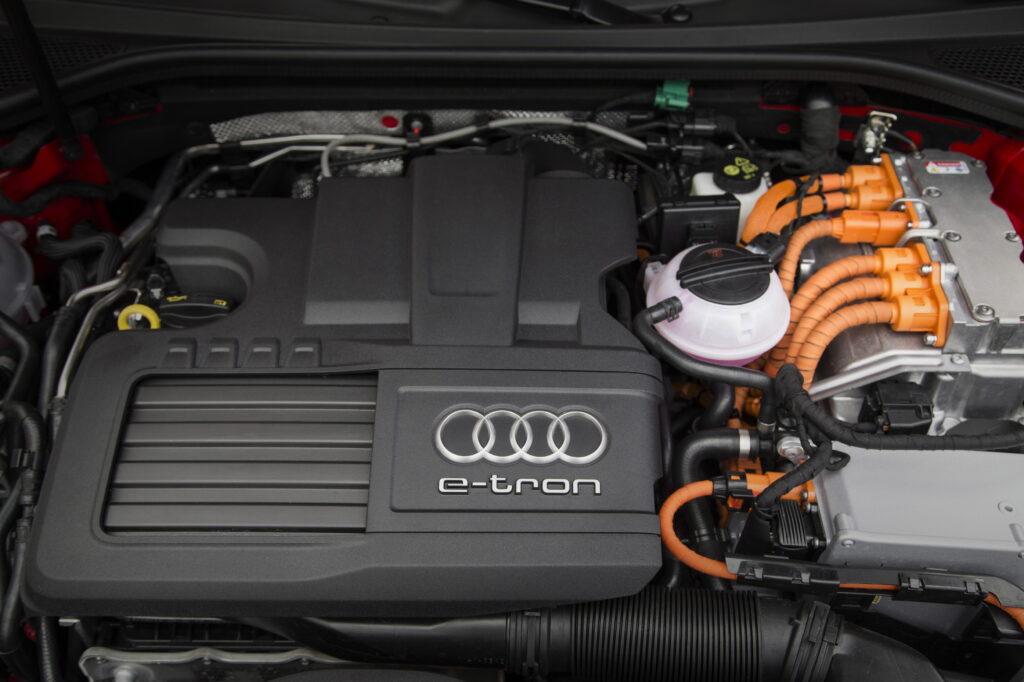 The best thing for me was how Audi has resisted the temptation to go all sci-fi with this model, as Holden did with the Volt, which has weird styling, a silly futuristic dashboard that looked dated from day one and for some reason has a big gap separating its pair of cramped rear seats.

People seeking eco street cred need not apply, for only real car nerds will know the e-tron isn’t a normal A3 and apart from an extra dashboard button and a digital battery status display, it’s just likesitting in any other small Audi too.

It’s got all the bells and whistles like dual-zone climate control, sat-nav, leather, parking sensors and a reversing camera. There’s one of those automatic parking systems too, which is a spooky experience when you do it the first time.

The A3 e-tron will cost around $60,000 when it’s launched in Australia next month, making it hard to justify choosing a similarly priced Holden Volt. 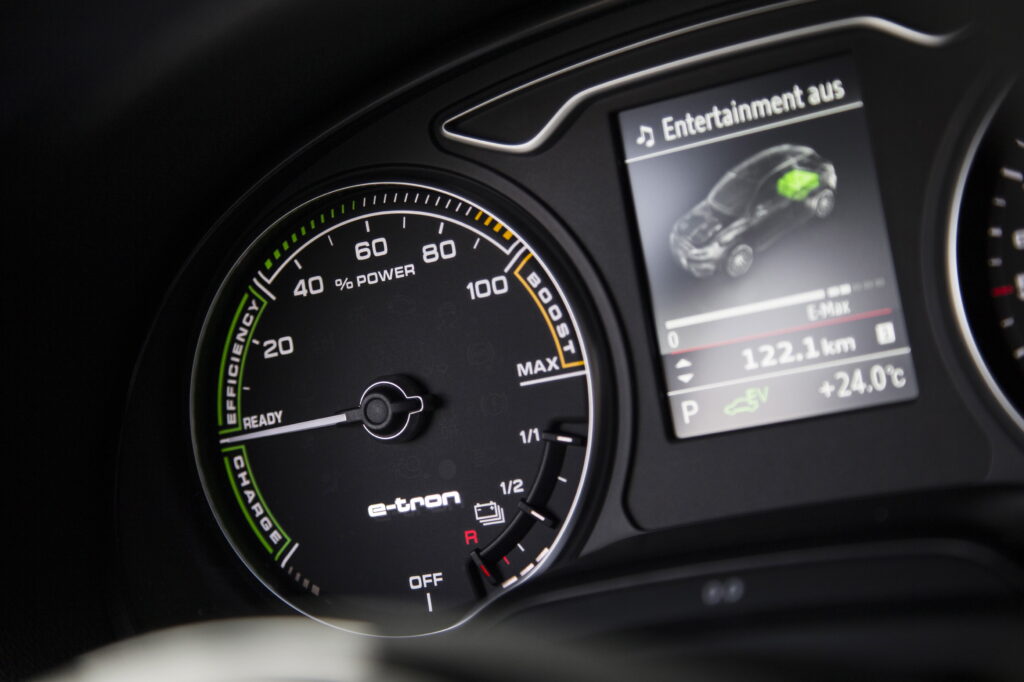 As you may have noticed, I didn’t mention fuel consumption at all. That’s because I’m saving the best until last.

The official combined fuel consumption figure for the Audi A3 e-tron is 1.6 litres per 100 kilometres.