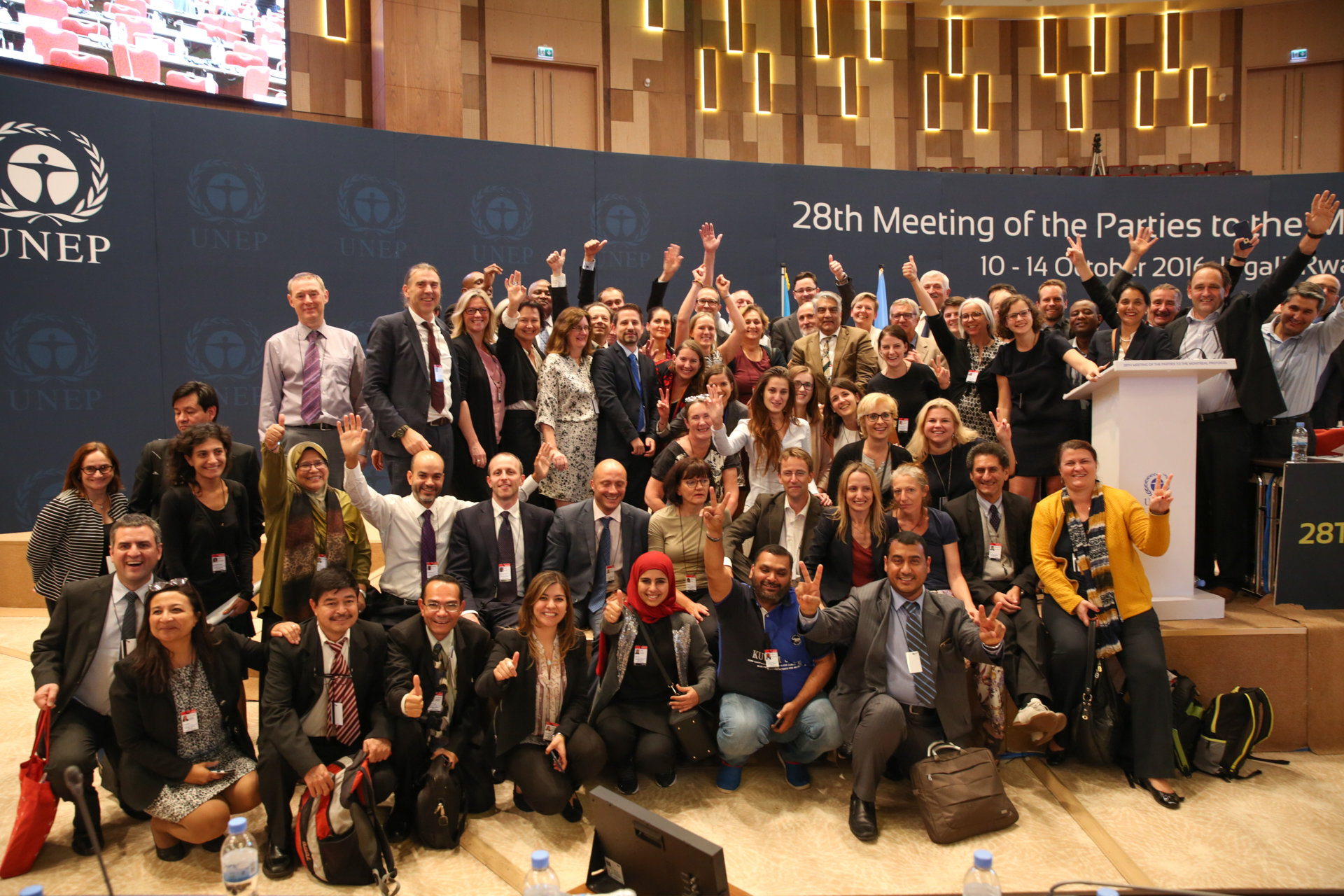 ALMOST 200 countries forged a historic agreement to phase down HFCs, such as R134a, under the Montreal Protocol at the weekend.

The deal was stuck on the sixth day of the 28th Meeting of the Parties to the Montreal Protocol on Substances that Deplete the Ozone Layer, held in Kigali, the capital of East African nation Rwanda. 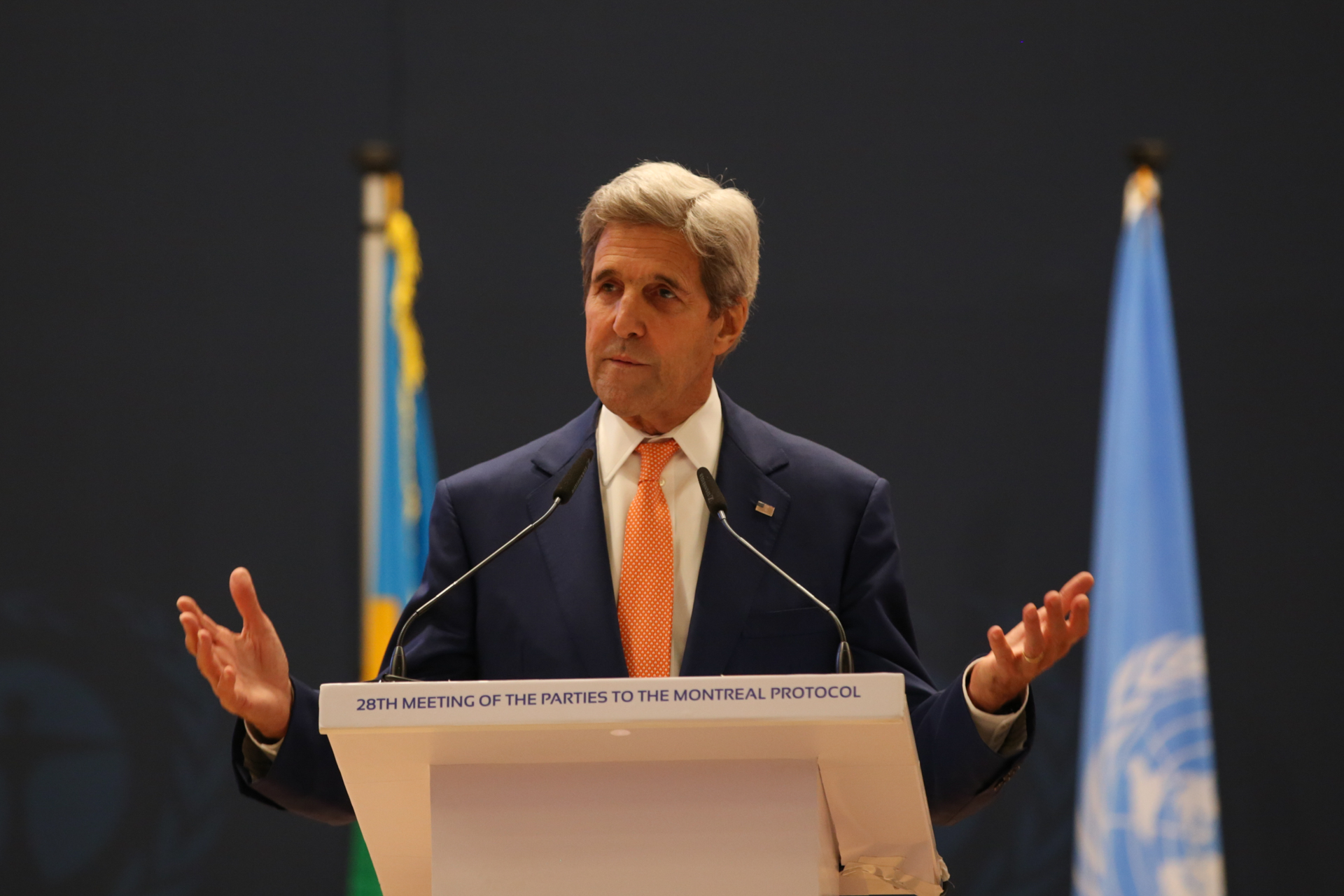 It was the climax of a seven-year negotiation process between the 197 Montreal Protocol parties that agreed to phase out the use of ozone-depleting CFC and HCFC products and set the ozone layer on a path to recovery by the middle of this century.
An estimated 70 million tonnes of carbon dioxide equivalent emissions will be prevented by 2050 under the pact, which is said to be enough to prevent 0.5 degree of global warming. 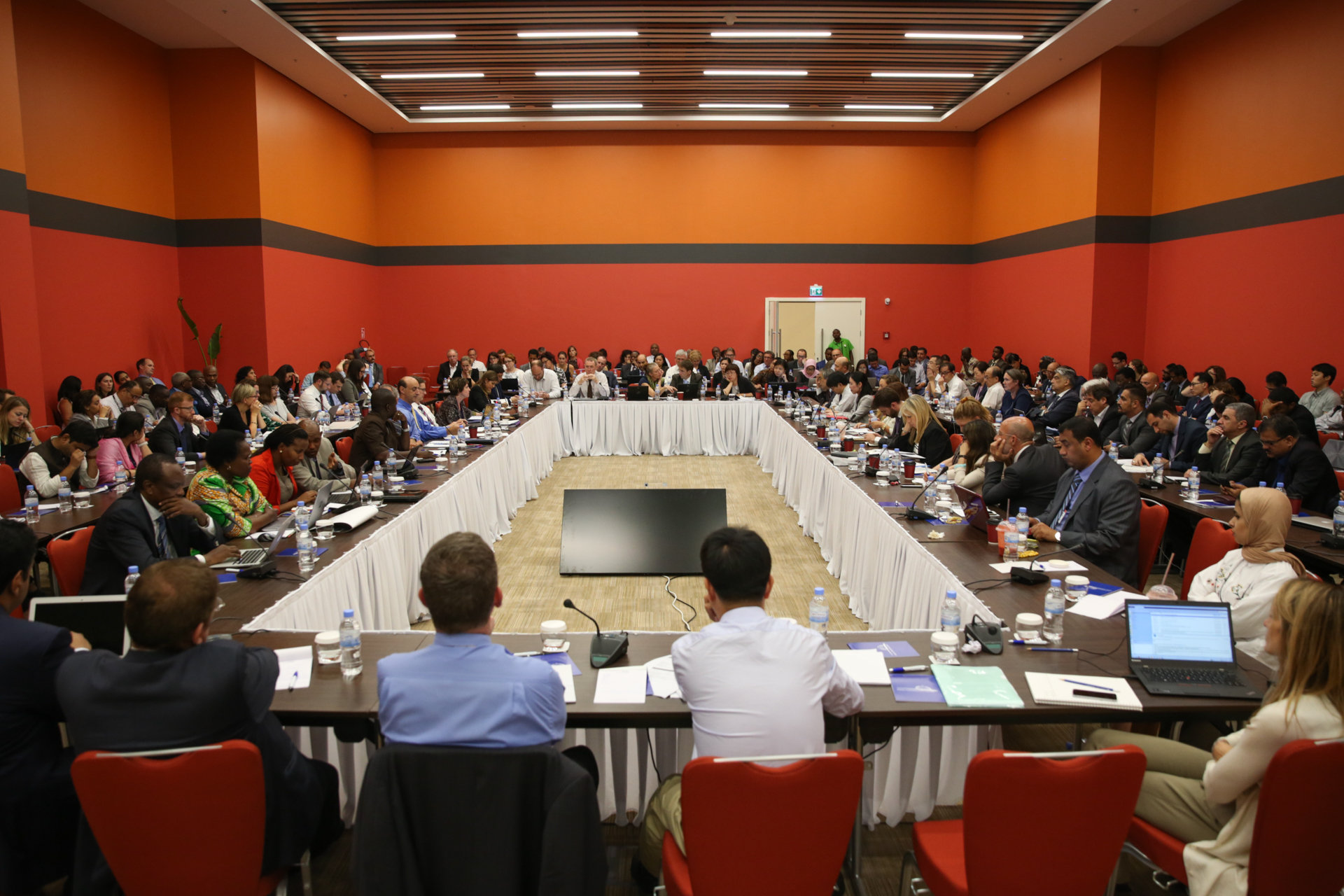 fter making a largely motivational appearance at the previous Montreal Protocol meeting in Geneva, US Secretary of State John Kerry played a larger deal-making role in Kigali to help ensure the Obama administration – which has applied strong diplomatic pressure throughout the negotiations in recent years – can count the HFC phase-down as part of its legacy

“It is not often you get a chance t
o have a 0.5-degree centigrade reduction by taking one single step together as countries – each doing different things perhaps at different times, but getting the job done,” said Secretary Kerry.

“If we continue to remember the high stakes for every country on Earth, the global transition to a clean energy economy is going to accelerate.”
Such a drawn-out process inevitably resulted in a compromise, which will see most developed countries begin to phase down HFCs by 2019 while developing countries will follow with a freeze of HFC consumption from 2024 and begin reducing usage from 2029. 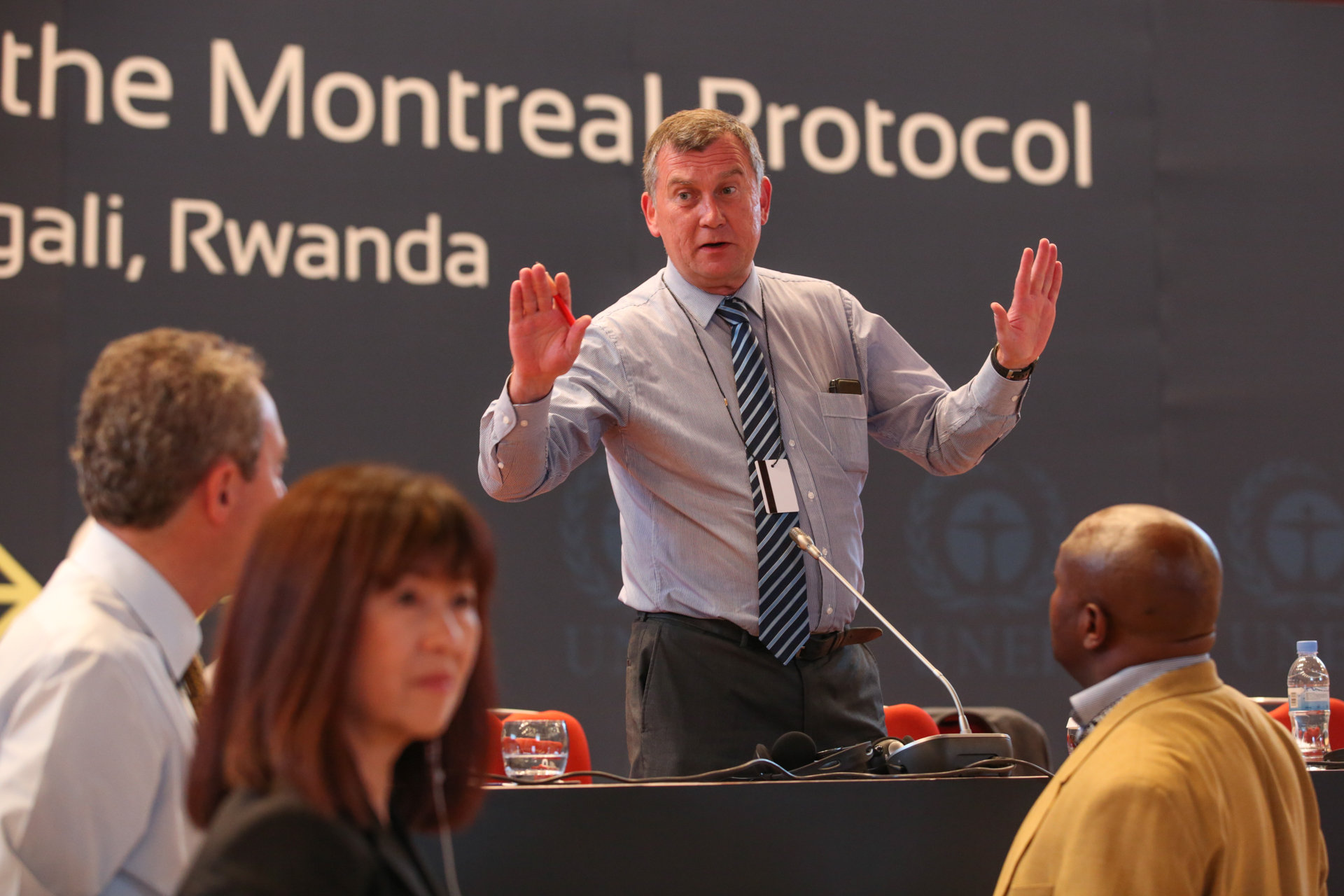 For Belarus, Russia, Kazakhstan, Tajikistan and Uzbekistan a slightly delayed version of the developed country schedule applies.
A handful of countries including Bahrain, India, Iran, Iraq, Kuwait, Oman, Pakistan, Qatar, Saudi Arabia and United Arab Emirates – all of whom have long occupied the anti-phase-down camp – will freeze HFC consumption in 2028 and start cutting down from 2032. 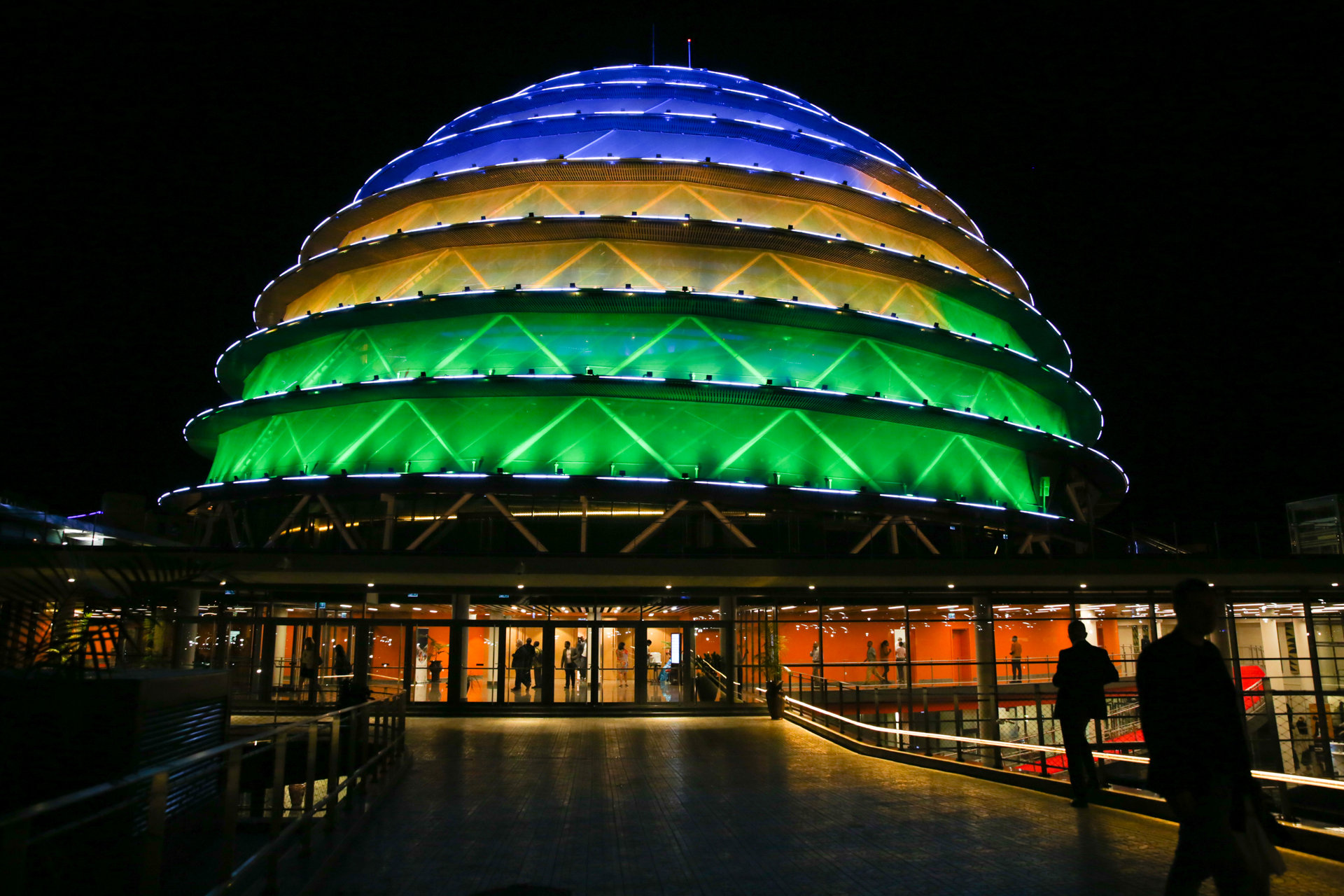 Concessions to these nations to get the deal over the line while President Obama is still in the White House has drawn criticism from environmental groups such as Greenpeace, which question the 0.5-degree claim will ever be realised.
However, other commentators such as the Institute for Government and Sustainable Development say the global nature of the phase-down will ensure market forces help sweep the changes through the slower-acting countries. 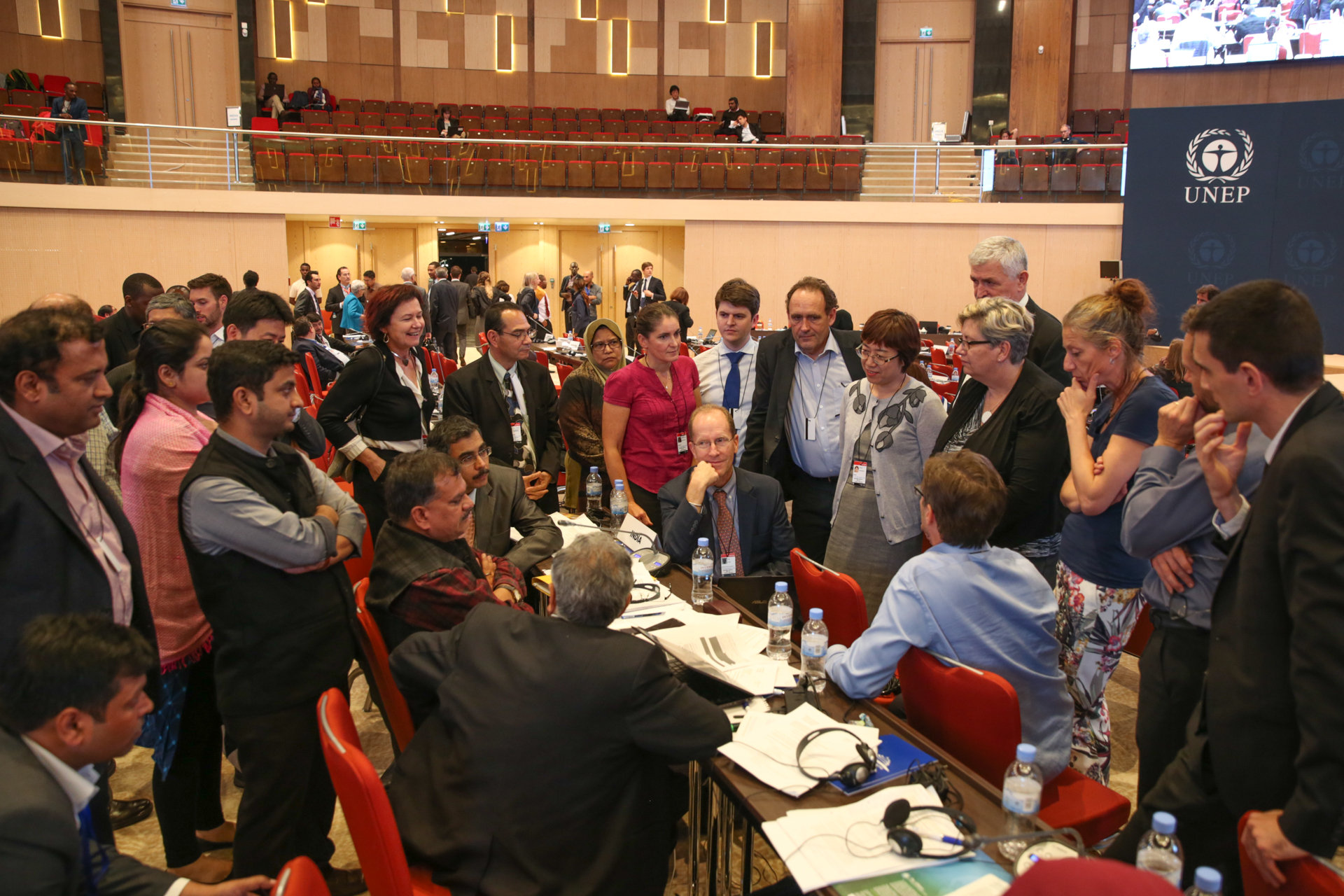 The baseline calculations against which the phase-down schedules are measured also vary.

In Europe, where the phase-down commenced with a consumption freeze last year and the first reduction this year, the baseline is taken from average usage between 2009 and 2012. 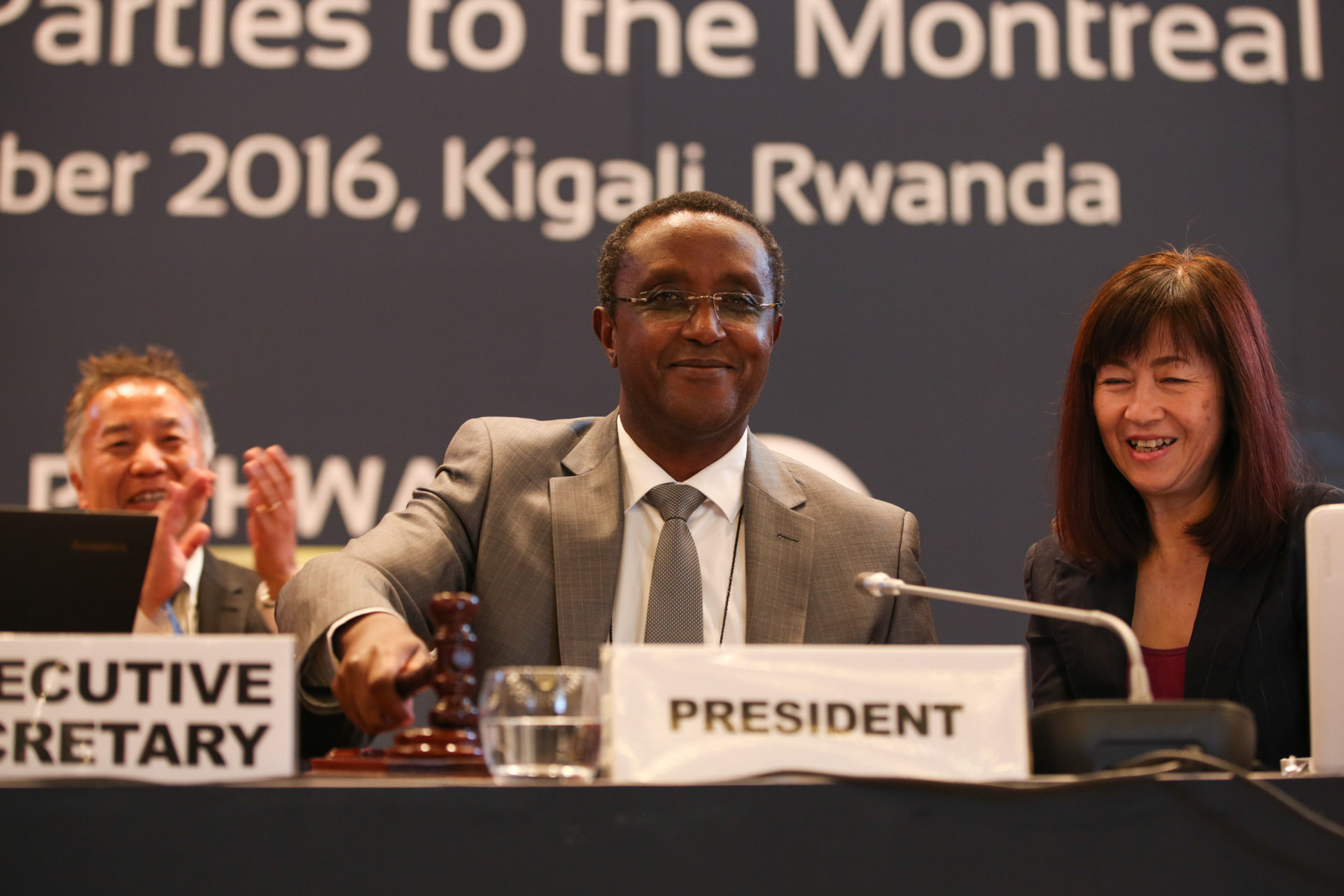 Europe’s head start means it will have cut HFC consumption by 27 per before the rest of the developed world even gets started in 2019.

However, as the year 2050 draws near, all countries should be consuming no more than 15-20 per cent of their respective baselines.

The global HFC phase-down agreement will be named the Kigali Amendment and talks on how to fund the reduction in HFC use will commence next year in the Canadian city after which the Montreal Protocol was named.

All photos by IISD/ENB | Kiara Worth