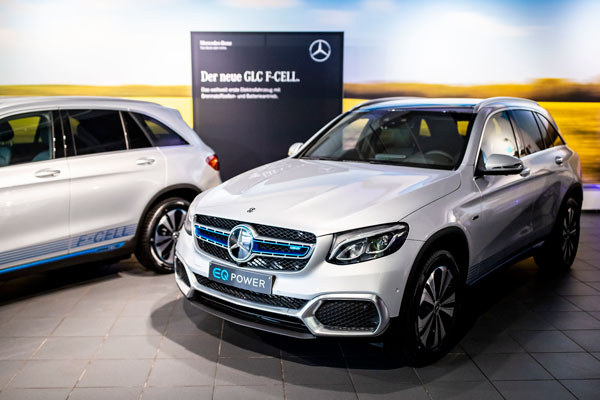 It sounds complicated, but the premise is simple: All hydrogen fuel-cell vehicles ultimately run on electricity and use batteries as a buffer between the energy supplied by the hydrogen and what is used to drive the wheels. Mercedes has added the ability to charge the battery via mains electricity to provide the option of running on grid electricity or electricity produced on-board from hydrogen.

Hydrogen fueling stations are few and far between, so having the option to run about on grid power provides something on a stepping stone while hydrogen infrastructure is developed.

The GLC F-Cell has a pair of 2.2kg hydrogen tanks encased in carbon fibre beneath its floor, providing a driving range of around 430km. From full capacity, the rechargeable battery pack can deliver up to another 51km of range.

Mercedes quotes a total power output of 155kW, which sounds adequate rather than punchy for a vehicle of this size and weight.

There are four modes controlling the method of power driving the GLC F-Cell, comprising hydrogen only, battery only, hybrid and hybrid with priority to recharging the battery. 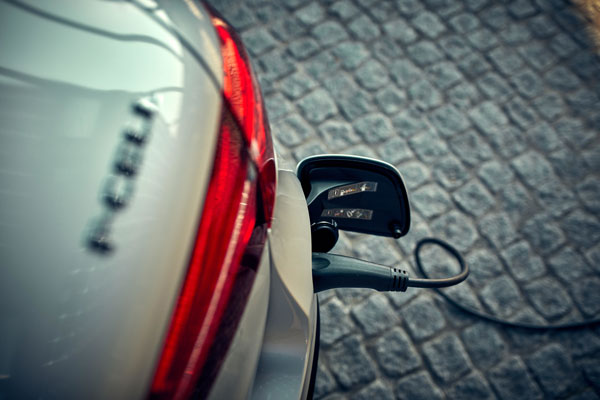 As with any hydrogen-powered vehicle, the only tailpipe emissions are water vapour. That said, a lot of today’s commercial hydrogen production is variously highly energy-intensive, a byproduct of the fossil fuel industry, or both.

For now, Mercedes is only making the GLC F-Cell available in selected cities, to selected customers, under a full-service rental model covering all maintenance, repairs and warranty. Next year the vehicle will be rolled out to other businesses and private customers as a short- or long-term rental from seven outlets across Germany.