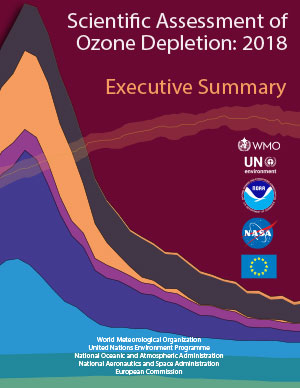 THE World Meteorological Association’s latest scientific report on ozone depletion has confirmed that the ozone layer has continued to recover and that levels of ozone-destroying substances in the atmosphere keep declining.

With ozone recovery at a rate of between one and three per cent per decade since the year 2000, the report (titled Scientific Assessment of Ozone Depletion: 2018) projects that the Antarctic ozone hole will have healed by 2060.

As a strong demonstration of the results achievable by global agreements on environmental matters, the proven recovery of stratospheric ozone as a result of the Montreal Protocol is hoped to inspire leaders to take ambitious action on climate change.

The success of the Montreal Protocol in phasing out ozone-depleting substances will hopefully be replicated in the worldwide phase-down of HFCs such as R134a under the Kigali Amendment that will go into force from January 1 2019.

In response to the report, recently departed head of UN Environment, Erik Solheim, remarked that “the Montreal Protocol is one of the most successful multilateral agreements in history for a reason”.

“The careful mix of authoritative science and collaborative action that has defined the Protocol for more than 30 years and was set to heal our ozone layer is precisely why the Kigali Amendment holds such promise for climate action in future.”

The WMO report was backed by UN Environment, the National Oceanic and Atmospheric Administration, NASA and the European Commission.