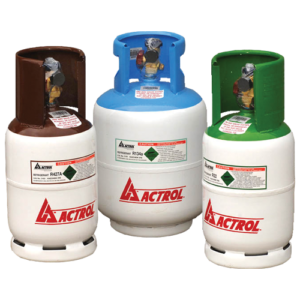 FROM January 1 2015, presentation of an Approved Filler or Handler Certificate or License will become a mandatory requirement when purchasing refrigerant in New Zealand.

RLNZ training manager Matthew Allfree told VASA eNews the licensing requirement will cover all refrigerants – unlike the Australian situation that allows unlicensed operators to purchase certain refrigerants such as hydrocarbons.

Mr Allfree said the licensing requirement is still a voluntary agreement at this stage, with a voluntary training levy of 50 NZ cents per kilogram of refrigerant administered in a similar way to the also-voluntary $NZ1.50/kg recovery levy.

“It [the training levy] has helped us offer otherwise non viable training to the regions and invest in new flammable safety training for the HVAC&R industry,” explained Mr Allfree.

BOC Gases is yet to join the voluntary scheme but Mr Allfree said discussions with this major refrigerant supplier are ongoing.

Under the licensing scheme a short grace period will be allowed for purchasers who have evidence (a course registration number) of a booking for a Refrigerant License New Zealand (RLNZ) course.

As reported in the April edition of VASA Hot Air, the NZ refrigerant industry agreed late last year to make licensing mandatory under the condition that the number of people holding certificates would have to reach a certain threshold.

The NZ Environmental Protection Agency has now confirmed that more than 2000 people will have successfully attained the necessary certificates by the end of this year and RLNZ will be running extra courses to maximise the number of people who are able to get a certificate before the deadline.

Announcing the licensing move on the RLNZ website is a reminder that “the Health and Safety Bill currently before the House also places much greater responsibility on employers, directors and senior managers in companies in matters relating to safe practice in the workplace”.

There is hope that the licensing scheme will eventually carry the force of law as the NZ Government considers replacing voluntary regulation for refrigerants and other synthetic greenhouse gases with mandatory controls (as reported in the August edition of VASA Hot Air).

“The Ministry for the Environment is conducting a review of refrigerants under its product stewardship scheme with a view to putting some stronger regulation around it,” said Mr Allfree.

“They recognise that voluntary schemes tend to favour non compliant companies and penalise responsible ones.”

The regulations under consideration also cover the responsible recovery and destruction of refrigerant.

Public Decision 735 published in November 2011 by the NZ Commerce Commission uses the 2008 Icepak Coolstores explosion in Tamahere – which killed one firefighter and seriously injured seven more – as an example of why better refrigerant training is required.

“Improved training in the refrigerant industry may prevent another incident like the Tamahere coldstore explosion … caused by the ignition of a propane-based refrigerant,” it says.

The document goes on to recognise that licensing can still be circumvented if regulation is not watertight.

“Interviews with industry participants established that it is possible that small purchasers of refrigerants, such as owner-operated vehicle workshops or independent auto air conditioning repairers may purchase refrigerants from other compliant customers to avoid undertaking the training.”