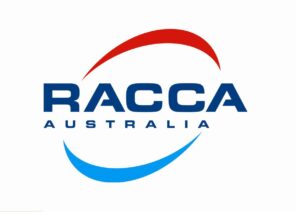 RACCA’s campaign has gained the support of VASA, the Air Conditioning and Mechanical Contractors’ Association (AMCA) and the Electrical Trades Union (ETU).

Industry was not consulted over the proposal, which stems from a recommendation in a report by the Independent Pricing and Regulatory Tribunal (IPART) that the NSW license be abolished because the national ARCtick licensing scheme is sufficient.

Of course anybody in the industry knows the ARCtick licenses are environmental, not occupational, meaning any unqualified person can use low Global Warming Potential (GWP) but riskier refrigerants not covered by ARCtick, such as hydrocarbons, ammonia and CO2 and circumvent the licensing scheme altogether.

Unless the scope of the ARCtick licenses expands to include more refrigerants, there is a chance that the eventual phase-out of high GWP refrigerants could leave Australia without a licensing scheme altogether.

The NSW license, which is administered by the Office of Fair Trading and has been in place since the 1990s, requires applicants to be qualified tradespeople holding a Cert III and is well regarded by other Australian states and territories.

Only Victoria and Queensland have licensing schemes that could be considered anything like equivalent to the NSW license.

A move to abolish the Queensland license was consulted with industry, which led to that license remaining in place as the proposal was roundly rejected.

The proposed NSW license repeal comes under the Mutual Recognition Bill that aims to reduce red tape by making it easier for tradespeople to work across state borders – which could have eventually been achieved if the National Occupational Licensing Scheme (NOLS) had not been disbanded.

RACCA President Kevin O’Shea told VASA eNews he was given next to no notice that NSW Fair Trading Minister Matthew Mason-Cox was about to announce the proposal.

“I was in Sri Lanka and got a phone call from the Commissioner at the Office of Fair Trading, who said they were going to be repealing the bill on our license and would be releasing the statement that afternoon,” Mr O’Shea said.

“That was the reason he’d called, to inform a few stakeholders just prior to the press release going out – that was the first we heard of it, in June.”

In the press release, Minister Mason-Cox claims the removal of the NSW license “is expected to generate a net benefit of $16.5 million for industry and save NSW tradespeople up to $860 on licence fees”.

But Mr O’Shea disagrees. “They’re not getting rid of licensing for all the technicians because they’re going to have a Restricted Electrical License so it’s just the wording on their license that’s going to change,” he said.

“They haven’t worked out how they’re going to do (fees) and how it will sit with the Restricted Electrical License yet.”

Having already met with the Office of Fair Trading to oppose the license repeal and made a submission to go with one from IPART, Mr O’Shea is meeting with Minister Mason-Cox later this month to discuss the matter and has written to him along with NSW Premier Mike Baird.

“I can put industry’s case to the Minister but whether he takes that on board or does anything with it, that is another thing,” said Mr O’Shea. “The Act’s gone into Parliament but hasn’t been debated.”

In addition to the support of VASA, AMCA and ETU, Mr O’Shea has around 30 emails from RACCA members who are not happy with the license repeal.

“Nobody I’ve spoken to has agreed with the action being proposed,” he said.

VASA is sending letters supporting RACCA’s position and encourages members to do the same. The Minister’s email address is: Matthew.Mason-Cox@parliament.nsw.gov.au