THE number of automotive manufacturing companies in Australia has reached 300, up from 260 in 2015, according to research commissioned by the Australian Automotive Aftermarket Association (AAAA). 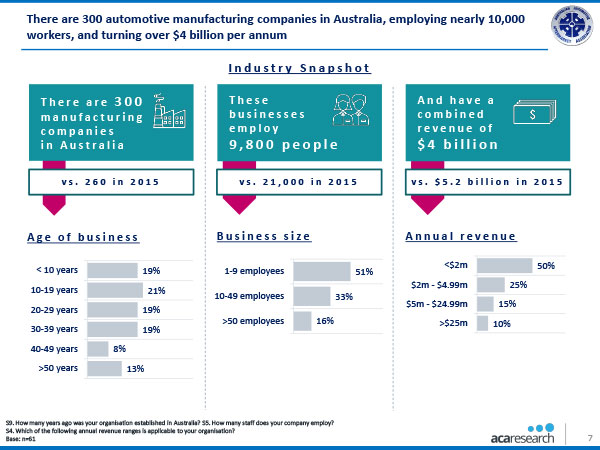 Although the number of operating businesses has increased, overall revenue and employment in the sector are down as a result of Ford, Holden and Toyota closing their Australian factories. Regardless, the study conducted by ACA Research has found business sentiment to be positive.

The increase in activity comes from a combination of OEM parts suppliers diversifying with new products and niche or specialised new ventures set up by skilled workers formerly employed by the big car manufacturers.

Almost 10,000 workers are now employed in the Australian automotive manufacturing sector, which has a combined annual revenue of $4 billion.

Most of this revenue comes from direct sales to consumers and trade or sales to wholesalers and retailers.

A huge 86 per cent of these businesses operate in the popular 4WD parts and accessories market, although many also diversify into passenger cars, light commercials and performance vehicles. 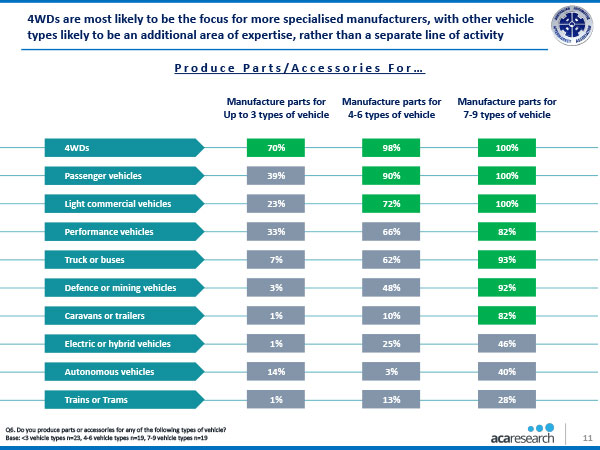 The majority of these products are sold into Australia, but 70 per cent of manufacturers export. The United States is the largest overseas market for Australian-made automotive products followed by Europe, New Zealand and the Middle East. Combined export revenue is $640 million.