NEW ZEALAND is in the final stages of approving imports of R1234yf for servicing, at least two years after the first vehicles arrived into the country with air-conditioning systems using the new refrigerant. 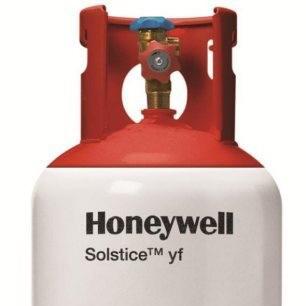 Because R1234yf has a flammable rating, the NZ Environmental Protection Authority is seeking industry submissions about managing the risks (please see below for details).

For many workshops, availability of the gas could not come soon enough as New Zealand’s parallel vehicle import laws have led to a higher proportion of R1234yf-equipped vehicles on the roads compared with Australia.

Part of the delay in the approval process comes from the lack of protection for the company registering a new chemical in New Zealand.

Once R1234yf is approved in New Zealand, anybody can import it without paying the expensive government fees worn by the first-mover (in this case Honeywell).

For comparison in Australia only named companies on the approval of a new chemical (usually those paying for it) are authorised to import it.

Submissions are invited before the August 29 deadline at: http://www.epa.govt.nz/consultations/hazardous-substances/Pages/Submissions-sought-on-new-gas-for-fridges-and-air-conditioners.aspx