VASA directors Robert Picone and David Ellis were among the first five people to be inducted to the CoolDrive hall of fame, which was established as part of the company’s celebrations to mark 40 years in business. 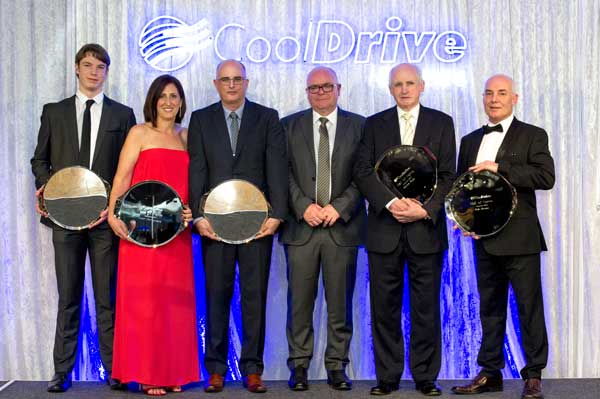 Robert Picone (on the right in the photo) is CoolDrive’s longest-standing employee, having joined in 1980, just three years after WJ Blanchard (known in the industry as Senior) and his wife Shirley established the business in a home garage.

Also inducted to the hall of fame were Bernie Kelly (now retired), who contributed significantly in the areas of product sourcing and training, Helen Dermanakis who as Senior’s PA remains the only person who can tell him what to do and the late Keith Murray, a major contributor in product whose son Max accepted the award on his behalf.

The CoolDrive hall of fame ceremony took place alongside the company’s annual branch manager awards presentation during its 40th anniversary gala dinner at Zinc restaurant in Melbourne’s Federation Square that was attended by more than 250 industry figures, past and present staff, branch managers and special guests.

Far North Queensland was well represented in the Branch of the Year awards, with Townsville and Cairns picking up the accolades for branches with turnover of more than $5 million and less than $5 million respectively.