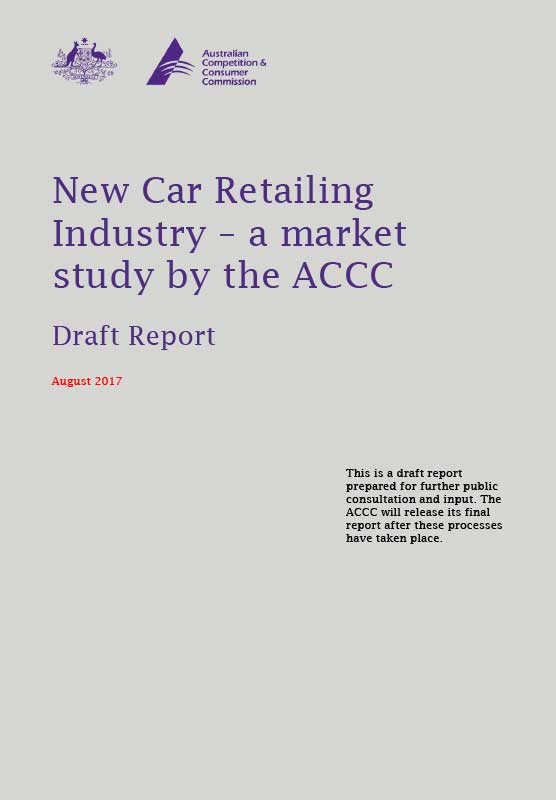 Among a number of recommendations in the ACCC’s Draft Report on the New Car Retailing Industry is a mandatory scheme that would provide independent repairers with access to the same technical information, software and codes currently only made available to authorised dealers and preferred repairer networks in Australia.

“After a 12 month investigation, our independent competition watchdog has now verified what we have been saying for over 10 years,” he said.

“Our opponents have argued that consumers have choice, that car manufacturers already share all repair and service information, that the voluntary agreement signed in 2014 is working – yet all of these positions are not supported by the findings of the ACCC Draft Report issued today.”

Submissions in response to the ACCC Draft Report must be made by 7 September 2017, after which a roundtable with invited stakeholders will take place on 25 September and the final report will be published before the end of this year.

Look out for full analysis of the ACCC’s findings in the next edition of SightGlass News.